Home
›
Who We Are
›
Federal Advisory Board
›
Gibson Le Boeuf 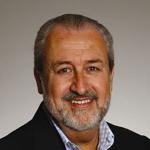 Mr. Le Boeuf is currently President of GGL International providing consulting service to domestic and international governments, private industry, and academia on defense related matters. He is the former Vice President, Washington Relations, Raytheon International where he served as the focal point overseeing Raytheon International Business Development. In this role, he was the Senior lead interface with senior officials of the Department of Defense, State, Commerce and Congress.

He joined Raytheon Company in February 2004 from the Department of the Navy where he was the Executive Director, Navy International Programs. In this position, he was responsible for developing, planning, and implementing the Department of the Navy’s International Programs, primarily - Security Assistance, Cooperative Production and R&D, Technology Transfer, Foreign Procurements, Foreign Comparative Testing and Export Licensing. He managed a portfolio in excess of $56 billion.

Mr. Le Boeuf is a former member of the Senior Executive Service (SES), where he served in the Department of the Navy for 34 years before coming to the Private sector. He served on the Secretary of the Navy’s Hispanic Council, is listed in Who’s Who in America, and is a recipient of the Hispanic Engineer National Achievement Award. Mr. Le Boeuf received the Meritorious Executive President Rank award presented by President George W. Bush in recognition for sustained excellence in International Programs.

Before his Navy appointment as Executive Director, he was holder of the Navy Chair at the Defense Systems Management College, where he was a professor of Program Management lecturing on acquisition policies, practices and trends within the Department of the Navy.

During the 102nd Congress, Mr. Le Boeuf was on the staff of the Honorable Malcolm Wallop, United States Senate, where he was a Senior Legislative Fellow providing defense policy guidance within the Senate Armed Services Committee dealing in defense-related issues. Prior to Mr. Le Boeuf’s position on Capitol Hill, he was a Division Director in the Strategic Systems Program Office supporting the POLARIS/POSEIDON/TRIDENT Strategic Weapons Systems and was responsible for budgeting, contracting, technical and program management functions for the United States and United Kingdom programs. He directed and reviewed ship designs for Fleet Ballistic Missile/Strategic Weapons Systems applications, participating in numerous submarine sea trials.

Mr. Le Boeuf has more than 34 years’ experience in marine, naval architecture and mechanical engineering disciplines including acquisition of major complex weapons systems. He earned a Bachelor of Science Degree in Mechanical Engineering from the University of Detroit and holds a graduate certificate in Engineering Management from American University. He is a graduate of the Harvard Business School having completed the Advanced Management Program.