DSA has been engaged in supporting the Federal Government for over 55 years. Being able to draw upon the leadership experience and deep insight of the members of the DSA Federal Advisory Board has broadened our understanding of customer perspectives and their vision for the future, further enhancing our ability to support their mission. The FAB assists DSA in reviewing its strategic business plan and provides guidance on how DSA can better deliver technology solutions to the Federal government market. 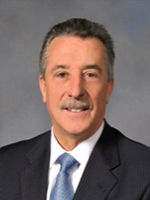 Kevin Carroll was an active member of the DSA advisory board from 2007 until his passing on May 20, 2020. It was an honor to work with Kevin throughout this time. We will miss his wisdom, kindness, and humility. He was a great leader. He was a great man.