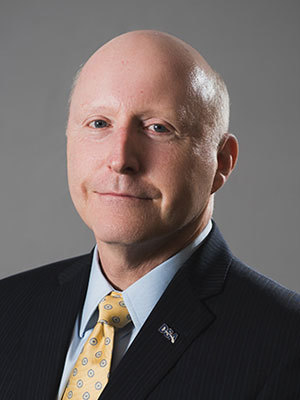 Coming from a military family, Bill was born in Germany and traveled the world prior to joining the U.S. Army in 1975. Bill’s service in the U.S. Army began as a Computer Operator for the Worldwide Military Command and Control System. He served for 20 years as a Communications and Electronics Officer where he held numerous tactical and strategic positions, both in the U.S and abroad. Bill commanded the 362nd Signal Company in Korea where he was responsible for directing, managing, leading, and coordinating daily operations for a 350-person organization and equipment valued over $200M. While assigned to the Defense Information Systems Agency (DISA), Bill served as a Project Officer for more than $250 million in strategic government-owned and leased communications transmission systems. He drafted and managed the $100 million Pacific Consolidated Telecommunications Network (PCTN) acquisition and supported the implementation of a major Command and Control communications system - the Defense Message System (DMS). Bill was recognized by DISA as a key project officer and subject matter expert in Pacific Terrestrial Transmission issues. He has more than 40 years of experience in telecommunications, information technology, defense acquisition, and project management.

Bill is a long-term advocate of the Armed Forces Communications Electronics Association (AFCEA) and currently serves as President of the Fort Belvoir AFCEA Chapter. Under his leadership, the Belvoir Chapter has awarded over $1M in grants and scholarships and is recognized for its contributions to AFCEA and the local community. The Chapter has received awards for Model Chapter of the Year, Use of Information in IT, Distinguished Young AFCEAN, Diversity, and the Albert J. Myer Award for Individual Member Growth and Individual Member Recruiting. AFCEA recognized Bill’s contributions with the Awards of Meritorious Service, Leadership, and the Medal of Merit.