Home
›
Who We Are
›
Federal Advisory Board
›
Robert F. Lentz 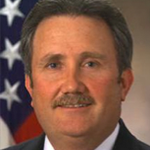 Robert F. Lentz is the former Deputy Assistant Secretary of Defense for Cyber, Identity, and Information Assurance (CI&IA) in the Office of the Assistant Secretary of Defense, Networks, and Information Integration/Chief Information Officer. He has also served as the Chief Information Assurance Officer (CIAO) for the Department of Defense (DoD) and in this capacity, transformed the DOD’s IA Cyber Program, including operationalizing the world’s most robust Identity Management System. He also was a member of the DoD CIO Executive Council.

Mr. Lentz has more than 26 years of experience with the National Security Agency (NSA) in the areas of financial management and technical program management. He has served as Chief of the Space and Networks IA Office, Chief Financial Officer of the NSA IA Directorate, Executive Assistant to the NSA SIGINT Collections and Operations Group, and Field Chief of the Finksburg National Public Key Infrastructure OPS Center. He served on the 2016 Cyber Commission for the incoming President of the United States.

Mr. Lentz has received the NSA Resource Manager of the Year Award, the Defense Meritorious Service Award, 2006 “Top 20” Excellence.gov Award, the 2003 Presidential Rank Award, and the 2004 “Federal 100” award. In 2004, Mr. Lentz also received the highest-level honorary award the Department can bestow on a civilian employee, the prestigious Secretary of Defense Distinguished Civilian Service Award. In 2008, he was named Information Security government Executive of the year for the Middle Atlantic region, culminating in his award as the North American Executive of the year. In 2009, he was the recipient of the RSA award for Excellence in the Field of Security Practices. From 2012 to 2015, Mr. Lentz was an original member of the National Cyber Security Hall of Fame nominating committee.

Mr. Lentz is a graduate of the National Senior Cryptologic Course, Federal Executive Institute, Harvard Business School in Strategy Planning, and the Resource Management Course at the Naval Postgraduate School. He earned a bachelor’s degree with a double major in History and Social Science from Saint Mary's College of Maryland and a master’s degree in National Security Strategy from the National War College.